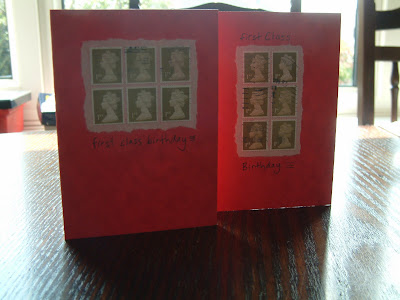 i soaked off some old stamps and used them to make first class birthday cards ...
Posted by Raggy Rat 3 comments: 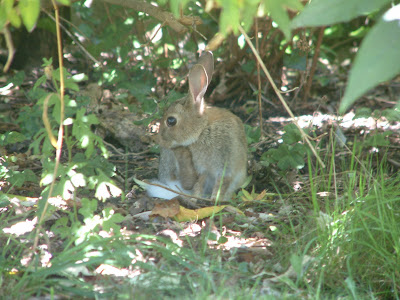 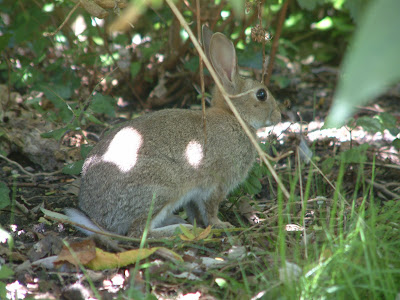 usually when we have a visitor to our dorset garden i dont get to take pics, but this little guest was ver obliging as i crept closer, and even mary got quite close, saying hello! then, he was off ...
Posted by Raggy Rat 4 comments:

can you see how i have tweeked one of the pictures? 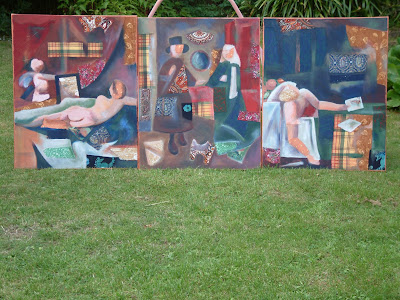 i hope the wonderful phil is happy with them now ...
Posted by Raggy Rat No comments: 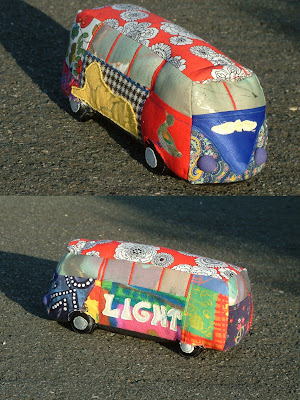 if you like and admire soft sculpture, pop over to the plush team blog where you can vote on some woodstock themed plush, including of course my van, in the peace-symbol catagary ... there are a few good jimi's to vote for too! and a neat janice joplin ... 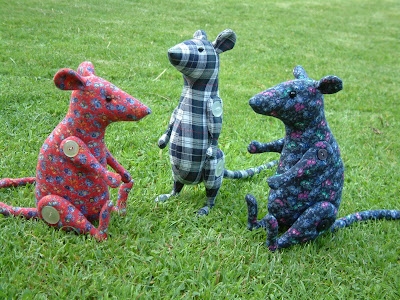 based on 'mrs pack rat' who i made when i first joined the etsy plush team, i have created this cheerful bunch to come with me to artwey open studios ... and beyond !

they sat and waited a few days for me to root out buttons and sew on all their limbs ... "hey, thats MY left leg, please!"
Posted by Raggy Rat 4 comments: 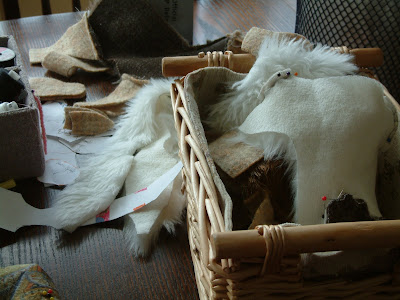 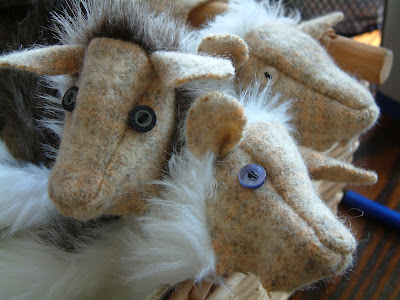 i have been sewing some goats inspired by those that live on portland, dorset ...

The Portland Grazing Goat Trial aims to test the effectiveness of British primitive goats for controlling native and non-native scrub. The trial area covers East Weares and Penn’s Weare on the east coast of Portland. This is an area of exposed limestone cliffs, old quarries, boulders and thin soils which supports a mix of scrub and open rock and grassy areas. The scrub is steadily encroaching on the open areas and the trial aims to use the goats to control the spread of the shrub areas.

This project is funded by Natural England and is a community partnership between Island Volunteers for You (IVY), Kingston Maurward College, and the Portland Ranger Project.

The goats have free range over the Weares, but will be carefully monitored. They will get water from the food they eat and natural water supplies. There are good natural boundaries to stop the goats roaming. There is plenty of natural shelter available.

The goats will be checked regularly by IVY volunteers and Kingston Maurward College staff."

my goats will be at the beach hut, during artwey, in september and one goat at the brewers quay!
Posted by Raggy Rat 5 comments:

i feel that these paintings are finished now ... 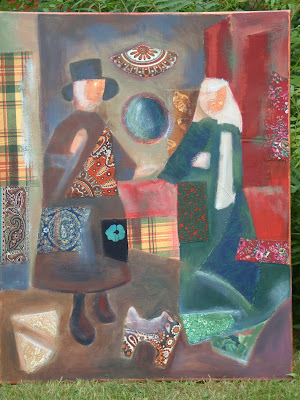 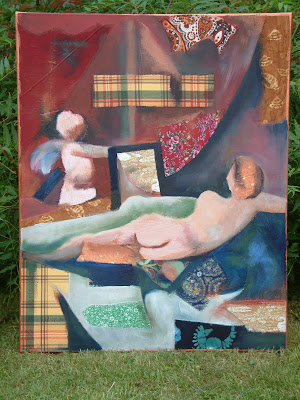 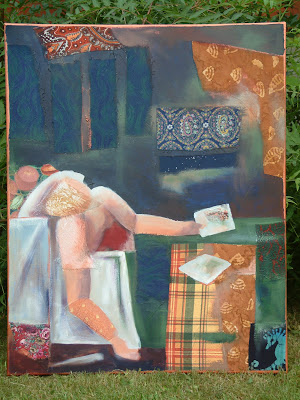 i shall just have to wait and see what phil says about them ...

i brought them outside to get a good luck at the colours, as they change so much with the lighting and the weather in doors ...

it has been good fun painting something with some one else in mind, and reminds me of doing my projects at art collge and uni! those were the days ...
Posted by Raggy Rat 2 comments:

new raggy rats, three off to see if they can make it onto the pages of STUFFED magazine ... 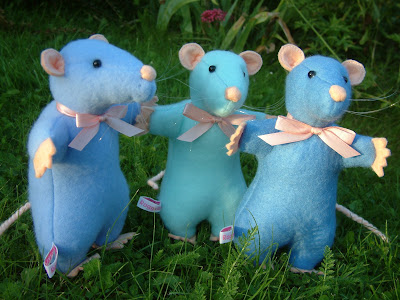 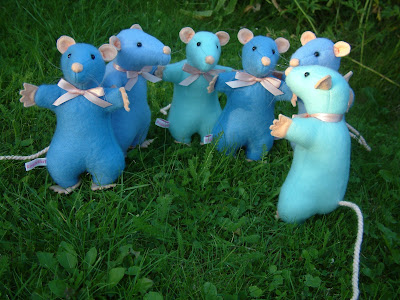 three to take part in artwey, then hang out in my etsy store ...
Posted by Raggy Rat 3 comments:

we often walk past this way, or the girls ride their bikes, and buy some eggs, or maybe icecream ... 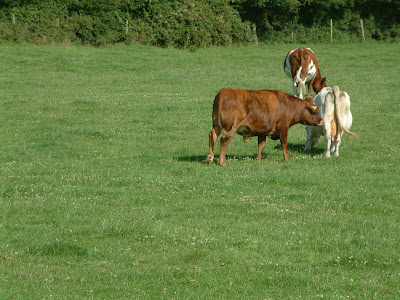 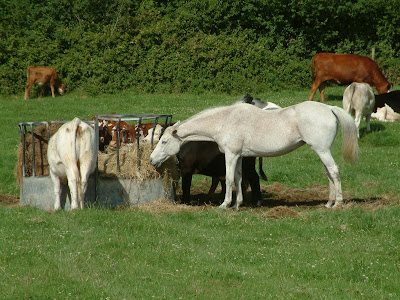 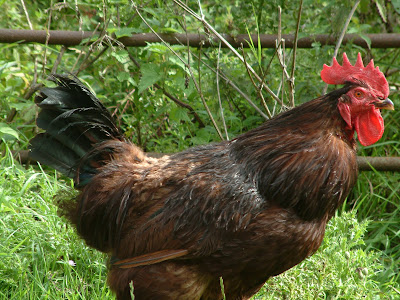 thnaks to all my friends above the border (so far away from here) for this fantastic video of me and willie performing his song 'kirsty' last april.

special thanks to ali for editing it so you can all enjoy it ... 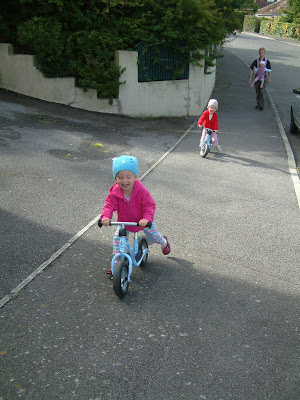 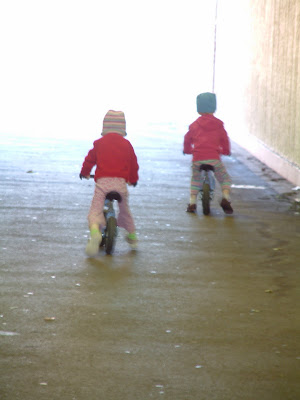 balance bikes are the new ... erm bicycles ... matty and daisy are dangerous freaks on theirs ...
Posted by Raggy Rat 1 comment:

what was this paul daniels voiced childrens character called? what was this paul daniels voiced childrens character called?
Originally uploaded by RaggyRat

and why is it immortalised in a weymouth subway?

we see this along with other childrens icons, mostly toys like barbie, and kewpie dolls, when we take the girls out on their balance bikes ...

they zoom through the tunnel shouting ! mary shouts too ...

coasters we made for granny's birthday ... 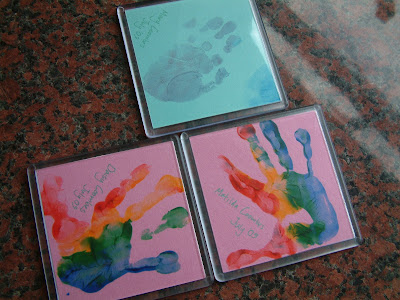 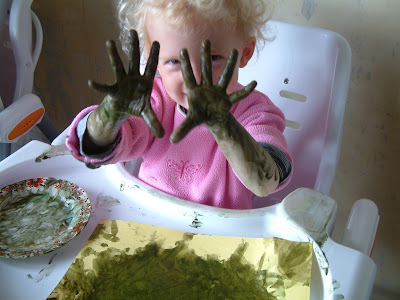 matty getting stuck into it ... 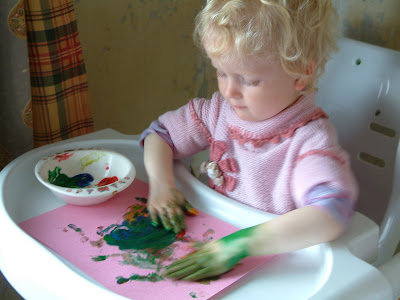 meanwhile, inthe garden, mary finding some mud and water on the top of a manhole cover ... one of her more common words is sticky, and she often demands to be wiped ! 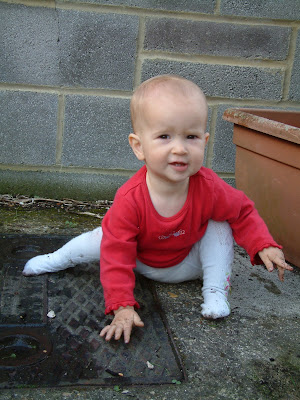 i must say its great to have broadband again, after all that downtime last week ... not being able to post to the blog was very frustrating ...
Posted by Raggy Rat 2 comments: 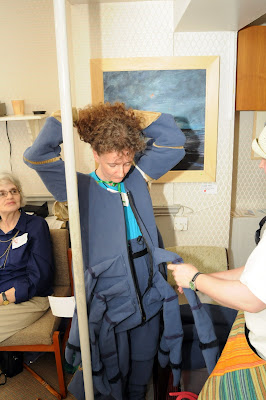 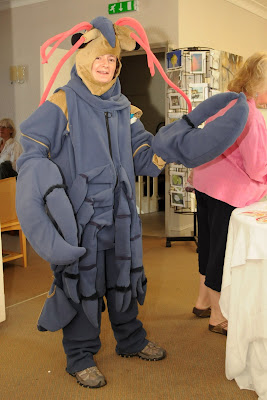 some great photos of me in my own lobster costume (created over 2 years ago), taken by mike mccabe ...

its a bit big for me, i make a rather wrinkly lobster, but the true test was when i walked up and down the harbour and people said, oooh look at the lobster!

i had my picture taken a few times, and was even interviewed by some folks heading up the dorset seafood festival!

it WAS hot in there!
Posted by Raggy Rat 2 comments: follow me .... there's a dog lose in the wood...
Originally uploaded by RaggyRat

the internet is great whrn you can access it freely and do whatever you need. now im corssing my fingers and hoping this blog direct from flickr will upload as i cant upload pictures direcly to the blog ...

i have been on the phone three times, and Janice from BT is going to call again this afternoon ...

these bunnies are ready to come to portland with me for artwey open studios next month .... 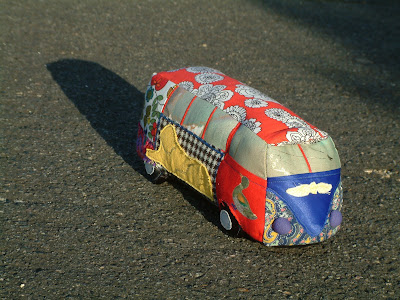 here is my finished woodstock 69 bus which i have just listed on etsy ...
more onthe bus soon when the plush team challenge goes up for judging on the plush team blog ...
Posted by Raggy Rat 2 comments: